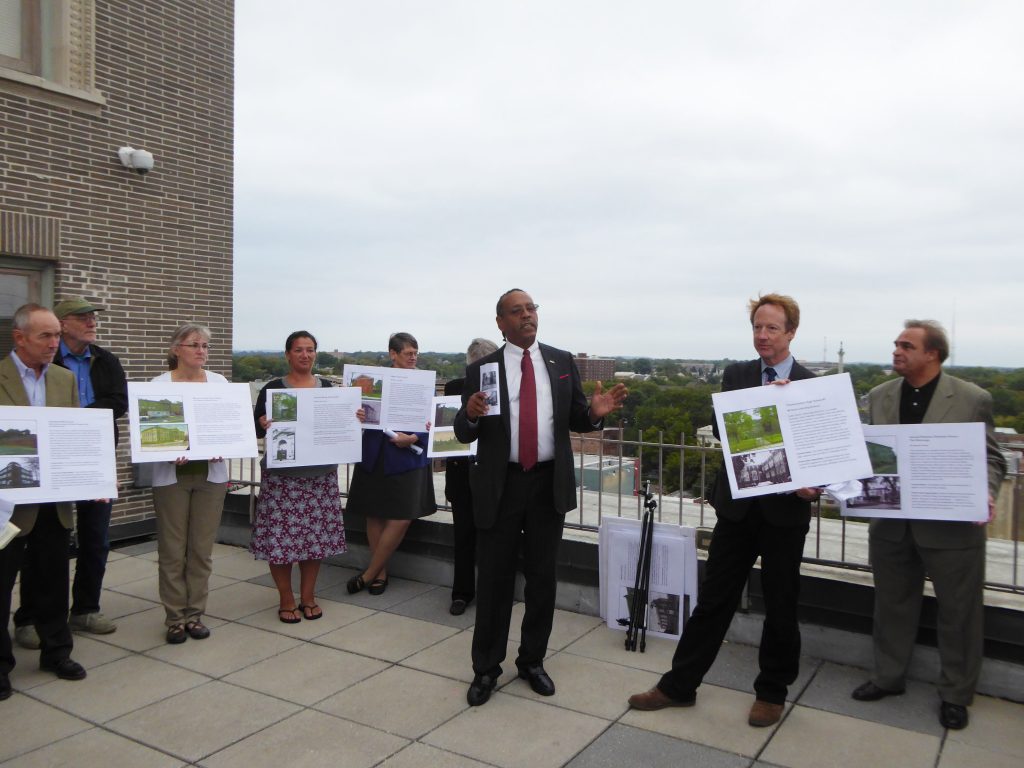 An event was held this week to raise awareness of historic buildings throughout the City of Trenton.

The Trenton Historical Society held the ‘Trenton’s Top Ten Preservation Opportunities’ program on Wednesday evening atop the Broad Street Bank Building on East State Street in the city’s Downtown. The building, once used for commercial purposes, later became abandoned, but now contains apartments. Local architect and program host John Hatch called it “one of the most prominent buildings in the City of Trenton”.

Hatch cited other successful revitalization projects in the city, such as the Ferdinand Roebling Mansion on West State Street, which now serves as the headquarters of the New Jersey League of Municipalities, and the Golden Swan Building on South Warren Street. Many of the event’s organizers hope that many buildings across the city can undergo similar transformations.

Dozens of Trentonians and area residents were in attendance, including Trenton Mayor Eric Jackson, Councilwoman Marge-Caldwell Wilson, and Diana Rogers of the Trenton Division of Housing and Economic Development.

“This is an awesome event”, said Mayor Jackson, adding that “it talks about historic preservation which is vitally critical to our city.”

Sites on the list ranged from the vacant Trenton Junior High School #1 on Martin Luther King, Jr. Boulevard to the former East Trenton and Skelton Branch Libraries to the Trenton Savings Fund Society Building, which lies abandoned in the heart of Downtown Trenton. Suggestions of future use for these spaces included housing, offices, retail space, and a bank branch. Other properties mentioned include the Mercer County Court House, the Horsman Doll Factory, the Trenton Psychiatric Hospital, The Hermitage, the Higbee Street School, The Residence at 320 Spring Street, and the Prospect Street Presbyterian Church.

“I applaud as well as support the Trenton Historical Society for the great work and commitment they have to our city”, Mayor Jackson told The Wall. 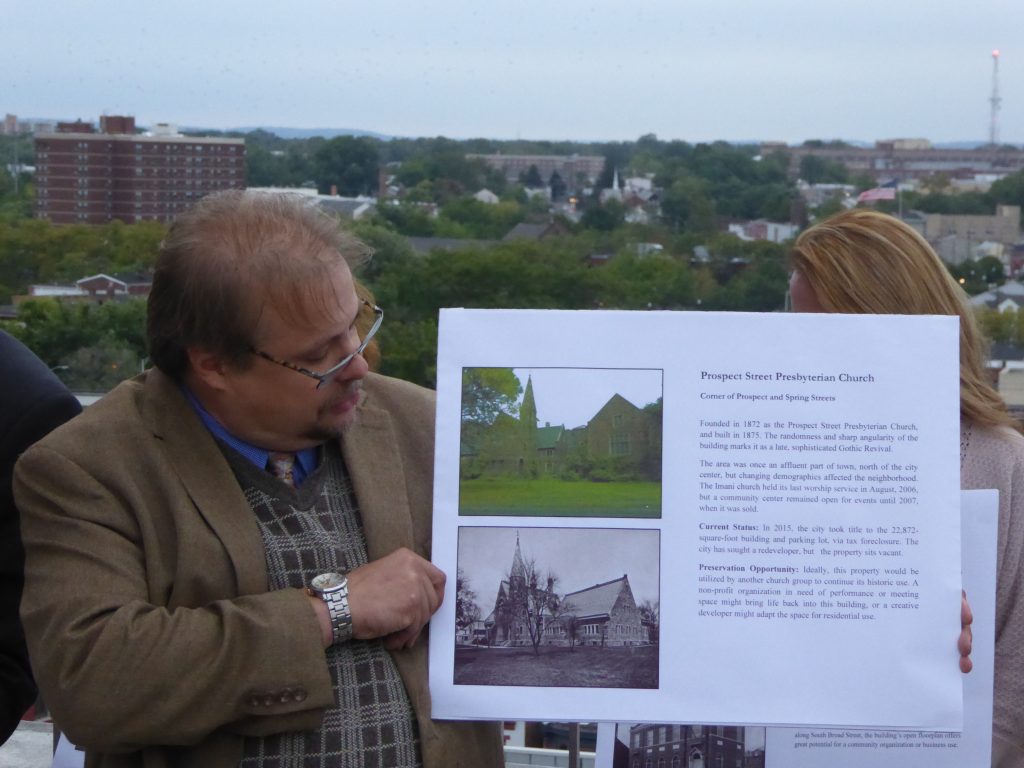 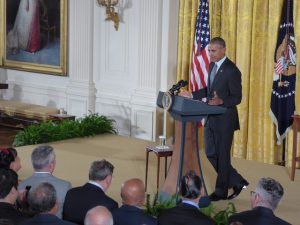 On Thursday, President Barack Obama honored the recipients of the National Medal of Arts and the National Humanities Medal in the East Room of The White House in Washington, DC.

Elaine Pagels, of Princeton, was one of the honorees. It was announced at the event that “through her study of ancient manuscripts and other scholarly work, she has generated new interest and dialogue about our contemporary search for knowledge and meaning”. Pagels is a professor at Princeton University. James McBride, an author from Lambertville, received the National Humanities Award “for humanizing the complexities of discussing race in America”.