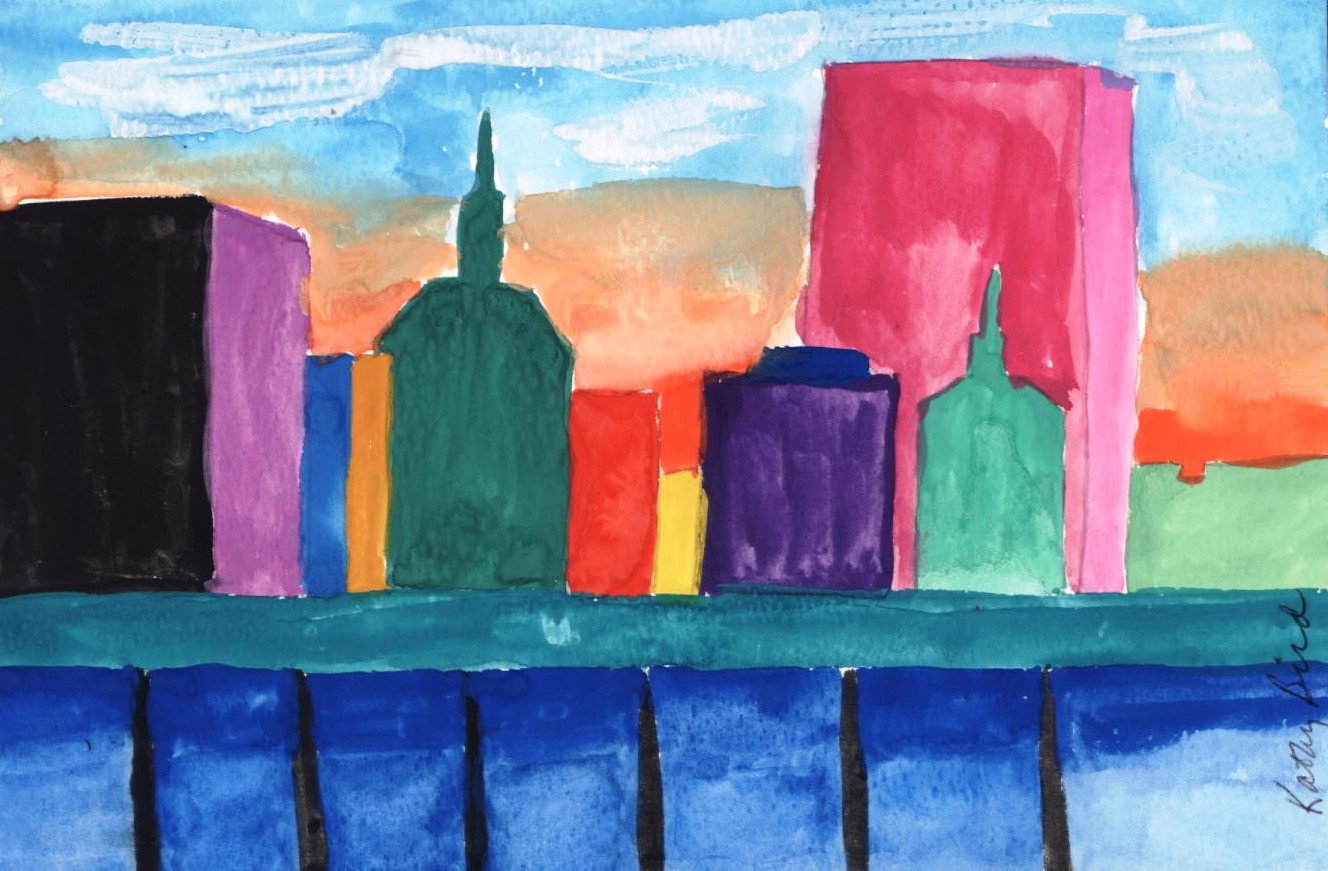 At A Better Way, a nonprofit in Trenton, we help those who have been incarcerated acclimate back into their communities and be successful members of society.

When I first started working at A Better Way, a year ago, I thought it was a friendly place with well-intentioned services. I quickly came to the realization that this nonprofit was fighting a war against injustice and overwhelming odds.

One day after GED class, one of my students came to me and apologized for being late. He told me that he needs this course so that he can pass and support his family. He told me that he has done the whole street thing, he has been in and out of prison, and does not want that life anymore.

The current correctional system traps people in a vicious cycle that may as well be a death sentence, and burdens law-abiding citizens with exorbitant taxes to support this injustice.

Likewise, the current reentry program — most popularly supported by our state and federal institutions — involves driving ex-inmates to a bus stop and dropping them off.

To those of us not exposed to the multidimensional issues surrounding prisoner reentry, a bus ticket may seem like a fair deal. However, imagine a man who has just finished a 15 year sentence.

When he went to prison, he had an 8th grade education to his name, most likely from an underachieving school district. He has not been educated since, and the psychological or emotional damage that occurred prior to his incarceration has not been addressed.

Family ties have been broken or strained. He may not own a house or have a place to live.

He possibly owes money for child support. He does not have a job or many means to support himself or his family. He probably does not have an active license or vehicle. And the only thing his resume shows is a criminal conviction and 15 years of unproductivity.

By all practical purposes, ex-offenders are our nation’s refugees, to whom we turn a blind-eye because we fear them, mistrust them, and do not want to be bothered. They are the invisible people who have fallen through the cracks of our society and left to “make it by” because they are criminals and have gotten what they deserve.

So they turn to the streets — the only place they can really go. More than one third of ex-offenders return to prison. This is not the life they would choose for themselves.

This current situation is not only an inexcusable social injustice, but also a drain on citizens. According to the 2012 report done by the VERA Institute of Justice, the incarceration of each individual costs about $55,000. Many who are released then become reliant on welfare and social services.

Bo-Robinson is a prison in Trenton that is addressing this in- justice. Prisoners who have a year or less remaining of their sentence are transferred to Bo-Robinson where they receive counseling, guidance, training and education. Initiatives, like these, bridge the gap between incarceration and reentry into society.

This past month, Bo-Robinson held an alumni night where ex-inmates shared their testimonies. The alumni strolled in like celebrities to the sound of a roaring crowd. One after the other had left this program and bettered their lives. They all had pursued basic and higher education, and are currently employed. Some found the love of their lives and married.

One man had served 25 years only to then earn his GED, bachelors and doctorate degrees.

When he came up to speak, he stood in front of the crowd of inmates and said, “Who wants freedom?”

A few people nodded their heads. He then yelled, “Who here wants to be free?” To those who jeered and raised their hands, he said, “Good, I can work with you.”

More importantly than any degree or job is the change of character these alumni professed. They spoke about personal responsibility, honesty and integrity. They said that humility is necessary to change, and without that willingness to reject who they were, they would have never have made it a foot off the streets.

Most ex-offenders are not nearly as fortunate as the alumni of Bo-Robinson. Without this sort if support structure, many are doomed to the same life that led them to prison in the first place, which includes poverty, homelessness, and crime.

I hope to see a brighter future for our justice system where we treat people humanely, offering them correction as well as rehabilitation. Facilities like Bo-Robinson and organizations like A Better Way prove that a second chance is not in vain and that it is never too late for people to turn their lives around and be an inspiration to us all.

Did you know homeless can vote? Not only does a voter registration card allow people to exercise their right to vote, it also serves as the initial piece of the identification puzzle.

Registering to vote is free and easy, but there are some stipulations. First, all applicants must be at least 18 years or older by the next election. Second, they must be a citizen of the United States and a resident of the state and county they are registering in for 30 days before the next election. Finally, if they are currently serving a sentence, or are on parole or probation for a felony, they are not eligible to vote.

Voter registration applications can be obtained from the Municipal Clerk, Commissioner of Registration Office, Division of Elections, or Division of Motor Vehicles. The registration deadline is 21 days before the next election. Therefore, in order to vote in the primary election on June 7, one must register by May 17. In order to vote in the general election on November 8, one must register by October 18. Lastly, there is a school budget and school board member’s election in April.

“You don’t have to have a home in order to register,” says Jane Berry, supervisor of the Division of Elections, “but you have to have someplace to receive your mail.”

In such cases, one can use the transitional building they live in, the library, the Trenton Area Soup Kitchen, or even the Municipal Clerk as their home address. Simply fill out the rest of the form by printing clearly in ink, signing the bottom, and dropping it in the mailbox. The address for the Commissioner of Registration Office will be provided on the application based on county.

A sample ballot will be sent to the home address listed on the form about one week before each election. This ballot will contain the address of the polling place, which is open from 6 a.m. to 8 p.m. on Election Day.

“People don’t realize how important a voter registration card is in terms of getting other forms of identification,” says Scott Fairman, outreach specialist at the Mercer Alliance To End Homelessness.

The card acts as proof of address, or first-class mail, which helps in acquiring a birth certificate from the New Jersey Bureau of Vital Statistics. This certificate serves as proof of citizenship, and is considered a primary identification document. Next, a county photo ID can be obtained at the County Clerk’s Office using these two forms of identification. This government issued ID can then be used to receive a state photo ID. With this, one can obtain their social security card, which serves as a secondary identification document. “Without an ID in this day and age, it’s impossible to get legitimate employment and housing,” says Fairman.

In the past, Fairman has helped run voter registration campaigns during Project Homeless Connect, a bi-annual event that provides much needed services for the homeless. Nearly 100% of those who participated in the campaign received their voter registration cards from the Board of Elections in Mercer County by supplying their first and last name and the last 4 digits of their social security number. The general consensus: “that was easy!”

This article originally appeared in the Spring 2011 issue of the newspaper.