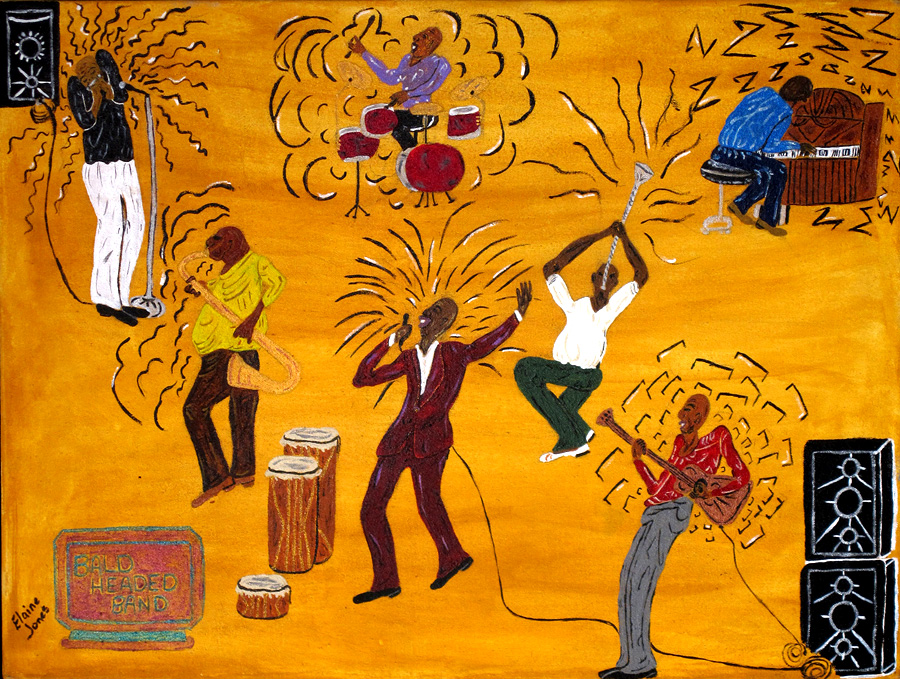 For 51-year-old bass player Derrick Branch, writing original music has become a fundamental medium for self-expression. Preston Demarco, 62, picked up his first pair of drumsticks at around 10 years old and has since been extremely enamored with all things music. Singing has provided Carol Johnson, 72, with the opportunity to communicate with others in a powerful and unique way.

As members of “The FunkTASKtiks,” a band that formed as a result of the Trenton Area Soup Kitchen’s (TASK) “SHARE Project,” Branch, Demarco and Johnson are amongst many other members of the program that come together to express their musical talents and passions not only for the Mercer County community to see, but for themselves to enjoy.

“One of the missions of the Trenton Area Soup Kitchen is to provide self-sufficiency and to improve the quality of life for our patrons,” said TASK Development and Community Relations Coordinator J Steinhauer. “And in 2009, we developed the ‘SHARE Project’ to act as an outlet for creative expression.”

Initially, the “SHARE Project” focused on helping participants interested in spoken word, poetry, art, short story writing and script writing to generate their own original works. Members would then present their ideas to others in the group for feedback and share their finished products with the local community.

In 2010, however, the program expanded its resources for members after receiving donations of music equipment, including electric/ acoustic drums, bass guitars, keyboards, electric/acoustic guitars and other rhythmic instruments. What started as a program with less than 10 members grew over time through word of mouth and currently benefits 40 to 50 individuals, 25 to 30 of which are regular participants.

“Before ‘The FunkTASKtiks, I was mainly doing spoken word. I would get street beats from some- body. I didn’t have a band and I wasn’t that comfortable playing and singing in front of other people,” said Branch. “But I wanted my music to be just as strong as my lyrics. So, I got with other people to get them to help me play my music.” Branch is also the bassist and vocalist for another urban / indie band from Trenton known as the “UnderGround Rats.”

Under an open-door policy, all participants are given free range to practice and write songs from any and all genres of music, regardless of their musical skills. Though the initiative was birthed by TASK, mem- bers of “The FunkTASKtiks” dictate the direction in which the band portion of the program is headed.

“The program kind of adapts to the artists,” Steinhauer said. Practices, which are held every Monday from 11:00 a.m. to 1:00 p.m. in the TASK multipurpose room, are divvied up into two halves; a one-hour free-jam session and a one-hour “open mic” session, where members can bounce song ideas off one another. The group ranges from original pieces to covers of popular songs.

“It’s not really scripted music,” said Demarco, who is also enrolled in a program offered by Hamilton-based employment placement company, Opportunities For All, Inc. “They don’t knock you off the stage if you drop a drumstick or anything either.”

Though the band serves as a productive means of expression for all, musicians like Demarco, find his participation in the group to be an escape from his day-to-day routine.

“After a long time behind bars, I met J at the soup kitchen and I wandered into the music room,” Demarco said. “I’m not walking the streets right now. I’m not sitting in the crowded mission … It grates on my nerves everyday that I have to stay in, but this takes me away from all that for a few hours.”

“The FunkTASKtiks” have performed nearly 50 gigs a year since the band was brought together.

Typically, the band is featured at community-wide events with- in Mercer County such as church events, art shows, fairs and more. On March 8th, they supported mem- bers of the “A-TEAM Artists of Trenton,” a group of aspiring local illustrators from TASK whom the band collaborate with religiously, at the opening reception to their art show hosted in the West Windsor Art Center, located in Princeton.

“The FunkTASKtiks” have regularly been asked to revisit previously played locations and perform after receiving positive reactions from their audiences.

Not only have “The FunkTASKtiks” promoted their brand through their many live performances, but the band will also be putting out a 10 to 13-track album sometime this summer. The record, which has already been recorded at Riverview Studios in Bordentown, is currently in the process of being mastered and contains an eclectic mix of original songs by the band ranging from jazz to experimental rock.

“My experiences with the band have been very positive and inspirational,” Branch said. “It keeps me going… keeps me stable and keeps me focused.”

Given the rapid success that precedes “The FunkTASKtiks,” and the die-hard dedication of its mem- bers, there are no bounds for what the future has in store for the group.

“As long as I’m in the Trenton area, I plan to stay with ‘The FunkTASKtiks,’” Demarco said with a smile across his face.