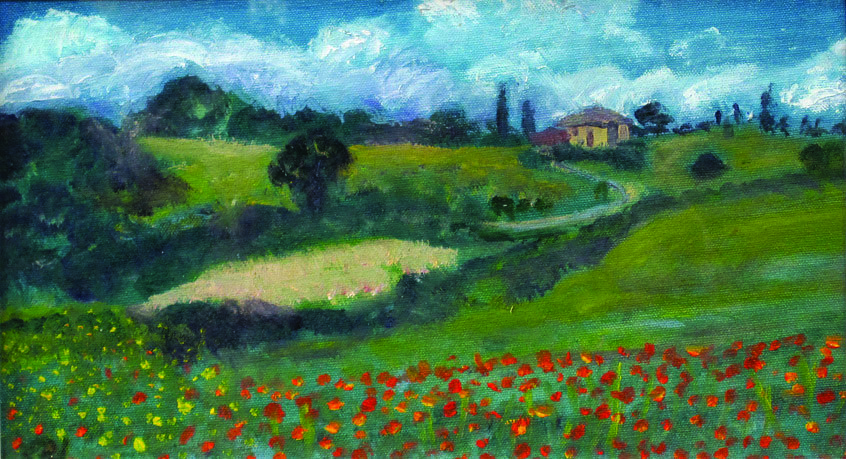 As the 2016 Presidential Election rapidly approaches, discussions regarding mental health reform policy have continued to avoid the debate. Nevertheless, one certainty has remained consistent among all candidates — that every American, regardless of race or ethnic background, should be offered the same opportunities in order to succeed. That being said, one question advances — can these two topics exist independently?

For staff members at Mercer Alliance to End Homelessness, the answer is no. Over recent years, this New Jersey organization has made it their goal to rapidly rehouse Mercer County residents who suffer from homelessness in addition to mental illness and substance abuse. This program, known as Housing First, has been pushed by Oaks Integrated Care (formerly known as Greater Trenton Behavioral Healthcare) as a model to provide impoverished individuals with mental health issues apartments in order for them to get the medical attention they need — and it’s making a difference.

The Housing First program began its development back in 2008, when it was launched as a pilot program. Originally, its strategy was to place clients into shelters temporarily, and from there move them into transitional housing. Years later, the program was changed in attempt to move people into their own personal spaces, rather than under the same roof.

“Homelessness is the problem,” said John Monahan, former President and CEO of Oaks Integrated Care and current Chief Executive Officer of Housing First. “Our program [now] takes people off the street who have not been successful in the shelter system and puts them in apartments so that they can get healthy.”

By providing private housing situations rather than large-scale accommodations, individuals struggling with health issues — whether they be physical, mental, emotional, etc. — are safe from the diseases and traumatic events that inhabit the streets and are more likely to receive the treatment and space they need in order to establish themselves and/or their families.

Clients who suffer from mental illnesses as well as physical illnesses are usually picked up from one of the many state psychiatric hospitals and are then referred to the program by hospital staff or by personal choice.

“The mental health issues that we are finding most prevalent among those in the program are schizophrenia, major depression, bipolar disorder, and in 96 percent of cases, post-traumatic stress syndrome,” said Monahan. “Many clients also undergo different types of assault on the streets … you just can’t be healthy if you’re homeless, it’s not possible.”

Despite recent cutbacks from different funding sources that amounted in a major loss of $600,000, the program continues to receive an annual public grant from the New Jersey Division of Mental Health and Addiction Services, as well as a rent subsidy of $9,000 and direct services of $5,700 per person.

While $15,000 a year might seem like a lot, the original cost per person before cutbacks were made was around $12,000. Even emergency care police services cost more, amounting to a whopping $33,000 per year.

“For $15,000 a year, you’re helping someone get healthy,” said Monahan, who came across as enthusiastic when discussing savings. “There have been $4,000-$9,000 savings per person since last year, as well as a 78 percent medical reduction.”

Oaks Integrated Care also has access to data that both Medicaid and hospitals have in order to reinvest money into Housing First and preventive care.

Monahan also attributes much of the program’s success to the work of its dedicated staff. Those hired are required to have either a bachelor’s or master’s degree, usually in social work or psychology. This way, they are prepared to develop long-term relationships with the individuals they serve.

“For every staff member, there is a 16-person caseload,” said Monahan, comparing that figure to the 1-10 caseload from last year.

Regarding staff interactions with potential clients, Monahan added, “We hope to reduce the stressors that are afflicting [the patient], and from there we develop a relationship based on trust that helps them work through underlying problems.”

Although many of the homeless patrons adopted into this program improve their conditions after a mere couple of months, their relationships with the staff members will continue for years to come.

Last year, in 2014, Housing First served 165 chronically homeless individuals with disabling mental illnesses and another 185 residents who were in danger of losing their homes. Since then, Housing First has expanded to nine New Jersey counties, and has generated the most success in Trenton and Camden, where they have teamed up with the Good Care Collaborative, a group of New Jersey healthcare advocates led by Dr. Jeffrey Brenner that is committed to sensible Medicaid reform. Because of this success, Housing First currently houses 365 residents, a 33 percent increase from June 2014.

When asked if he saw any future success for the program, Monahan responded affirmatively: “I see this continuing,” said Monahan, “I would like to see people recognize that this is the way create more funding opportunities and to also keep people off the street — at the same time.”