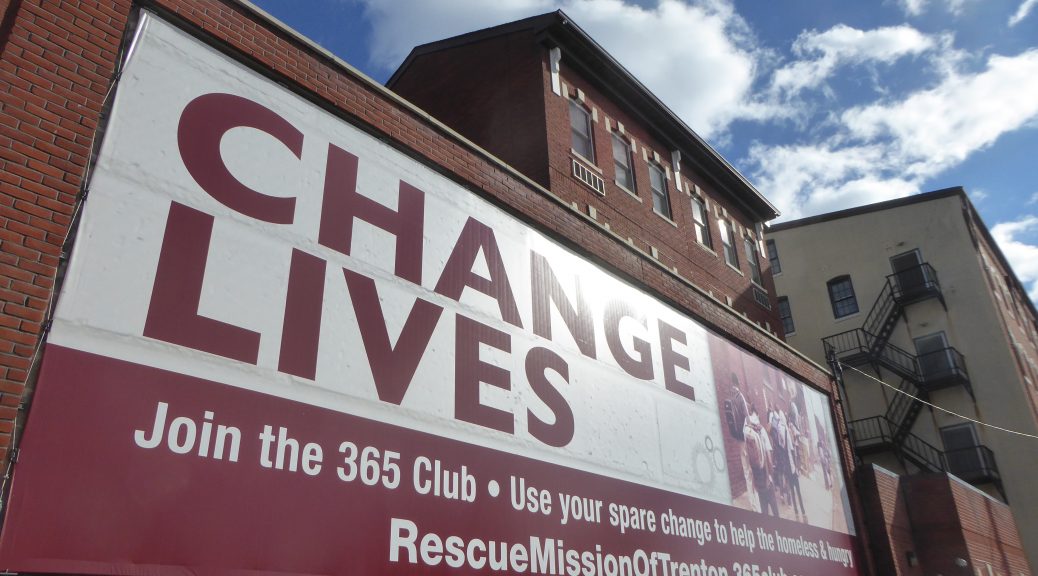 For the last several years, the historic house at 300 South Clinton Avenue at the edge of Trenton’s Chambersburg neighborhood has been an eyesore in the community.

The three-story property has stood on the corner of Tyler Street in the North Ward for well over a century, according to NJ Parcels data; but those who walk by the building today will often see the first floor windows boarded up and covered with weeds and garbage scattered across the front sidewalk. Even the front door is no longer visible.

This house was once occupied by Dr. Arthur M. Barrows, according to an early 20th century medical directory, a 1920 Trenton City Directory, as well as local students and professors. It was later home to the Lifeline Emergency Center, but the home has continued to sit vacant over the years. However, The Wall has learned that the days of 300 South Clinton Avenue remaining in its current state are numbered.

In September 2016, with assistance from Mercer County, the City of Trenton sold this property for $1 to the 112-year-old Rescue Mission of Trenton in an effort to increase housing for individuals experiencing homelessness in the capital region. Now, the Rescue Mission’s plans for this five-bedroom 4.5 bathroom house have been revealed.

According to Barrett Young, the Rescue Mission’s Chief Operating Officer, the house is slated to be rehabilitated and converted into a shared living space once again with one bedroom for each of the five residents. The one-bedroom units will be reserved for women who are currently experiencing homelessness in Mercer County.

“There is a great need for permanent supportive housing in the Mercer area,” Young stated, adding that he thinks that this project “will provide a sense of hope and permanency for the women who will be living there.”

Bids for general contractors for the project were accepted in September, according to a legal notice, and Young told The Wall that construction was expected to begin in November or December. The rehabilitation process is expected to last between eight and nine months.

The house is located in a very walkable community, and is situated within a few blocks of Arm in Arm’s new location on Hudson Street, the Trenton Transit Center, the Roebling Market Food Bazaar, and New Jersey Transit buses. Although the property is several blocks away from the Rescue Mission’s main emergency shelter on Carroll Street, residents will still have access to services and resources like mental health or substance abuse treatment from the organization or its community partners, which will be provided on a case-by-case basis.

Although he acknowledged that due to the small size of this building, there are not a lot of units inside, Young pointed out how this rehabilitation project will have a significant impact on the lives of the selected five Trentonians who no longer are forced to sleep on the streets of the city or in the shelter.

He hopes that this will lead to larger projects of this type in Trenton. “It shows that the Rescue Mission is committed to servicing the homeless residents in the Mercer area,” said Young,

According to the Rescue Mission’s Director of Administration Regan Mumolie, funding is being provided by Mercer County Department of Human Services Homelesness Trust Fund, the City of Trenton, and the Rescue Mission.

Women experiencing homelessness must fill out an application if they are interested in residing at 300 South Clinton Avenue once the rehabilitation project is completed.

Even though there is still significant work that must be completed before the first residents can move in, those who are interested in learning more about the application process can reach out to the Rescue Mission’s Manager of Permanent Housing and Supportive Services, Sheila Scott in person or over the phone.

Should an applicant be accepted, “they can stay forever,” according to Young.