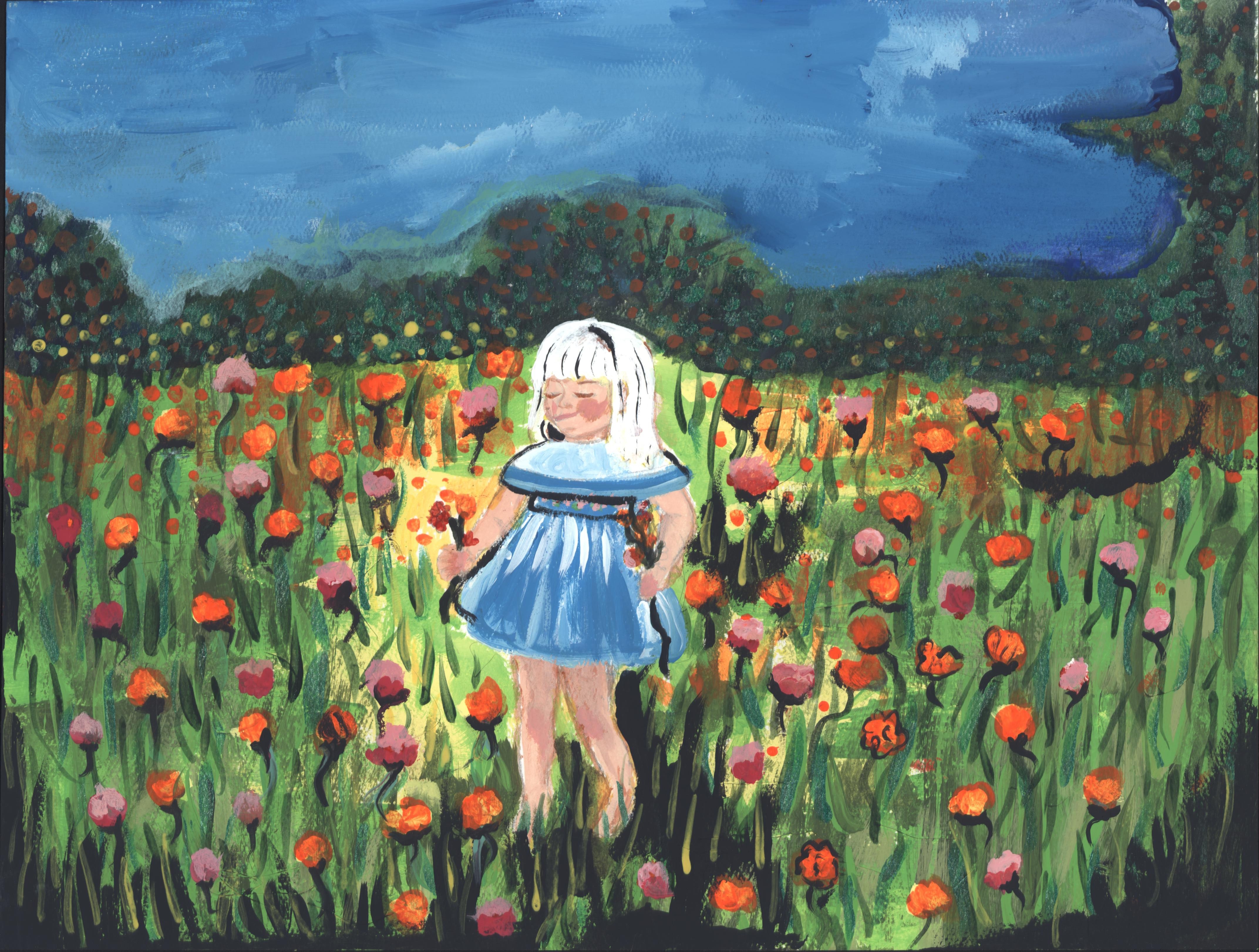 Jonathan Gordon looks upon the garden with certainty, a satisfied grin spread across his face. His labor was well worth the cost.

“We needed a space like this,” said Gordon, still taking in the scene. Weeds six feet high overran this small yard, just one year before. It was another desolate fixture of the Trenton community.

“It was a huge eyesore to the area,” Gordon recalled. Things have since changed — and drastic are the end results.

A yard of weeds, old tires and wooden planks is now an oasis, with vivid murals, fresh produce, and eco-friendliness abound.

Named the “Gandhi Garden” by Gordon and his two partners, Will “KASSO” Condry and Graham Apgar, the goal behind its creation is simple: to create a sense of compassion and community among all who visit.

Moved by the teachings of activists like Martin Luther King, Jr. and Mahatma Gandhi (after whom the Garden was named), Gordon, Apgar, Condry, and the rest of the S.A.G.E. (Styles Advancing Graffiti’s Evolution) Coalition designed the Garden in the hopes of inciting change in the Trenton community through “civil disobedience.” The artful, but illegal, graffiti mural of Gandhi along the garden’s grounds is a tribute to this philosophy.

“Be the change you wish to the see in the world” is the Gandhi adage that the founders live by, Gordon said — and one that they hope to spread, through the expansion of the Garden.

“It just benefits so many people on different levels,” Gordon said.

This drive for community is further reflected in the Garden’s architecture, Gordon explains. The designated “artgineer” of the group, Apgar designed the Garden free of gates and archways in order to foster a feeling of accessibility to everyone.

“You always have a feeling of it being open,” Gordon said of the design.

This open atmosphere has brought visitors to the Garden in droves. Carl Washington, a local poet and videographer for the S.A.G.E. Coalition website, cites the many artistic elements as the Garden’s finest feature — both for its quality and the lack of rivalry behind it.

“It’s competitive, it’s a sport,” said Washington about the art. “Everything’s big…sometimes, you get drowned by the greats.”

Yet a competitive edge is not necessary to inspire. With regular musical and theatrical performances along with frequent art shows, Washington is often awestruck by the creativity that immerses the Garden.

This is precisely the effect that Gordon strives for. The Garden, he believes, is a model — one which allows people of “any base and any background” to “build something beautiful out of waste material.”

An avid craftsman for most of his life, Gordon credits the Garden with improving his imagination.

“The project [Garden] has inspired me to be more…creative in what I create,” said Gordon with a smile. Across from him trickles a solar-powered water fountain made from a used tire. “It’s really helped get the creative juices flowing again.”

Others would agree. “To me, it’s just, like, a place of serenity,” said Trenton native Messiah Harrell. A candle maker and woodworker for the past four years, Harrell sees the Garden as the place to go, when he hits a creative or emotional slump.

“It’s a place you can come to, clear your mind, and let fresh thoughts enter,” said Harrell.

The Garden has also gained the attention of Trenton’s more prominent officials. A member of the Cadwalder Place Civic Association, Rachel Cogsville-Lattimer notes the drastic transformation of the land over the past year.

“The area wasn’t beautiful, by any means,” Cogsville-Lattimer asserts. “But now, it is a beautiful area because of the hard work of the S.A.G.E. Coalition.”

Yet the Garden’s beauty, in her view, spans far beyond aesthetics.

“My favorite [part of the Garden] is not only the beautiful location,” Cogsville-Lattimer said, “but the level of respect” that all visitors receive. It is a true show of community — the greatest goal that Gordon and the S.A.G.E. Coalition has aspired to.

“I feel good because I’m using my money to fund a great program,” concluded Gordon.